SketchTime by developer Hansol Huh is still one of the best apps for quick sketching available for the iPhone and iPad, but unfortunately there are a few issues using SketchTime on Apple's 3rd-generation iPad. I am told the developer is working on these and a solution may be in the works. For now, though, don't expect to replace your Wacom Cintiq just yet...


For those artists (like me) who made the jump to digital thanks to the outstanding responsiveness of the industry-leading Wacom Cintiq, there's no going back. Instead, we're now watching Apple and third-party developers to see whether when the ultimate dream of Cintiq-like performance on a tablet as thin and light as the iPad comes true. Wacom's patented pen technology with over 2048 levels of pressure sensitivity and up to 40 degrees tilt control probably won't make it to the iPad anytime soon, but that doesn't mean Cintiq-like speed and responsiveness isn't seriously within reach. Of course, Apple has made things even more interesting by producing the fastest, most pixel-intense and most graphically powerful iPad yet. I won't waste space here gushing about the 3rd generation iPad's much-hyped Retina Display. Suffice it to say, I'm convinced it is every bit the luscious game changer Apple claims it to be, and in time all computer displays will be Retina. It definitely has artists around the world standing up and paying attention. I for one can't wait to use my new iPad as a truly responsive, portable digital sketchbook.  (more after the break). 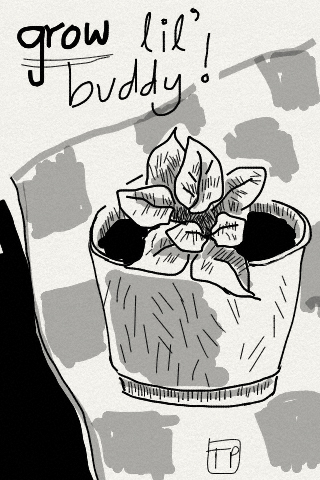 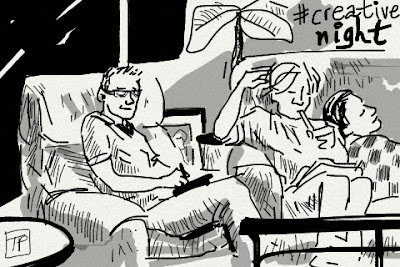 Some more sketch tweets up on my Twitter sketchbook. Trying to stick to one every day... 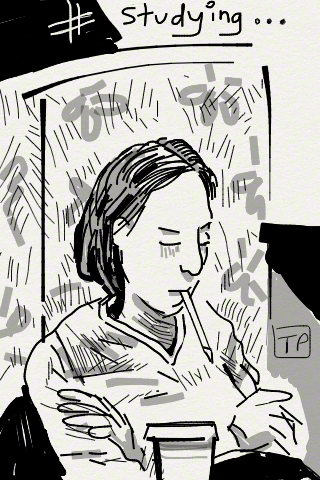 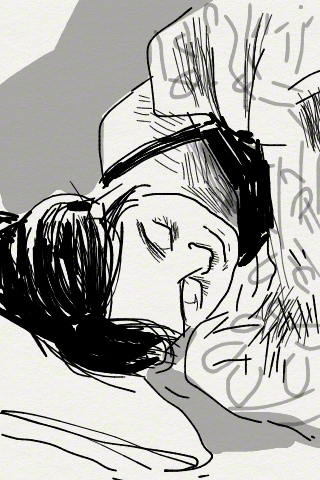 In recent weeks, I've started using my Twitter account as my a personal digital sketchbook. What a great way to quickly spread the simple beauty of sketches in a way that echoes, in visual art, what Twitter itself does with words! Short and sweet... the sketch tweet! At the same time, I coincidentally stumbled upon SketchTime, an iPhone and iPad app by Hansol Huh. I had to get in touch with Hansol and thank him personally for finally creating an app that can keep up with how fast I draw, even on my iPhone 3GS! Since then, I've been posting sketches made on my iPhone using SketchTime directly to my Twitter account at the rate of about one a day... it's been great fun and I've met quite a few new people along the way! Personally, I can't tell you how happy I am that I can finally use my iPhone as a portable sketchbook, and tweet the results directly using iOS's native Twitter integration. Talk about not losing the moment!

The potential is huge for sketchers using SketchTime. So far, I don't own an iPad so can't comment on the iPad version of SketchTime (however, today's rumoured iPad 3 announcement is less than half an hour away ... what a boon a retina display iPad with a suitably powerful processor would be to digital artists! Perhaps there's an iPad in my future yet ha ha :). I've also been updating my SketchZebra portrait site every Monday (as promised). This week's portrait is of a woman filmmaker I greatly admire, whose latest documentary won this year's Academy Award - check it out! 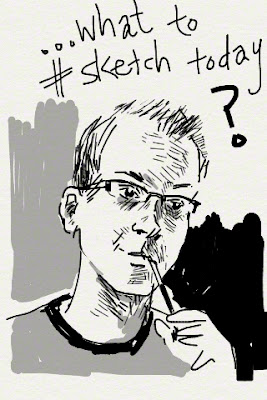 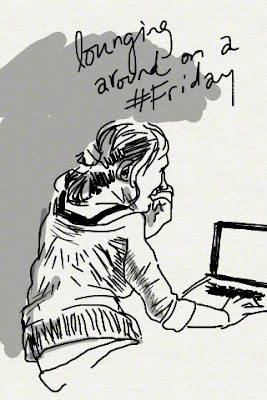