Back After a Long Break! 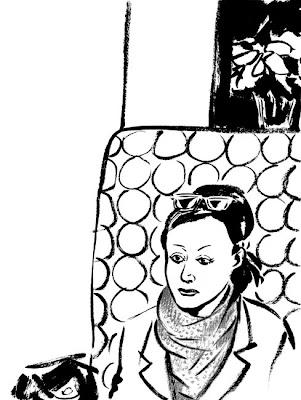 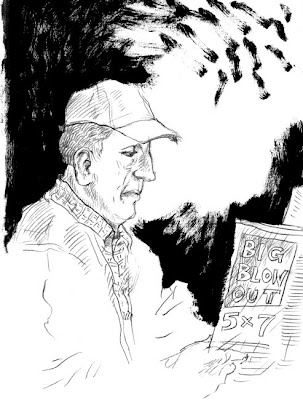 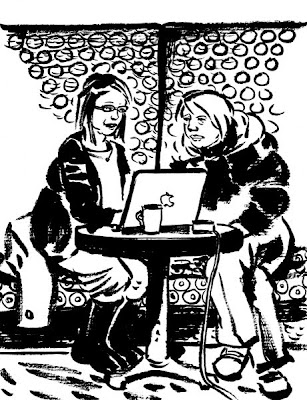 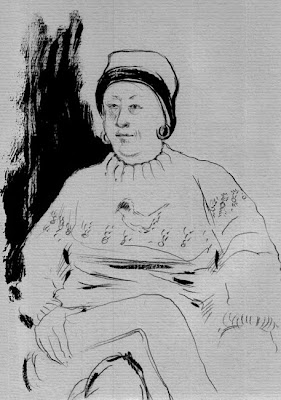 after an extended break of four months (I know - way too long), I finally have time to return to urban sketching! I am also living in Ottawa, Canada until at least August. This is quite a change from London, where I spent the summer months. It's not quite Montreal either. Here it's COLD(er) and SNOW(ier) than MTL or London, and people generally dress... well, a little more conservatively let us say. During these winter months some people really dress for the weather in overblown puffy jackets and big sweaters. In Montreal by contrast (where the weather is much the same) people don't bother - they just freeze while looking good :) Don't know which is better. The Ottawans are a cheery bunch, however. Very kind and warm-hearted. I should say I benefited from this since I spent most of my childhood and adolescence in this city. Here, then, are the first few NEW urban sketches! These are from the Bridgehead cafe near where I'm living (Bridgehead is one of the best things about Ottawa by the way: good fair trade coffee. I keep telling the people that work here that they should expand into downtown Montreal because Montrealers love this kind of stuff!). Hope you like these drawings! More to come soon!